What’s the Mechanism of Action of Semaglutide Medications?

Semaglutide is a GLP-1 receptor agonist used as a diabetes medication by controlling the blood sugar level. It's also a treatment option for weight loss, especially for those suffering from obesity. This solution has been helpful for many patients due to the changes it does to the body, setting you up for success in leading a healthier lifestyle.

So what’s the mechanism of action of semaglutide medications? Semaglutide medications mimic the action of GLP-1 hormones to improve incretin function. The body will then increase its insulin production as a response, a hormone responsible for controlling the blood sugar level. Managing the sugar in your system also decreases your appetite and slows down gastric emptying.

Say Hello To Your Beauty Today

Let Dr. V and our staff help you discover the true beauty hiding within. Book your consultation with us today to learn more about your ideal cosmetic treatment.

Semaglutide is an incretin mimetic or a GLP-1 receptor agonist that helps manage the body’s blood sugar level. It works by boosting the incretin function to stimulate GLP-1 receptors, prompting your pancreas to produce more insulin.

Because of this effect, it’s been used for managing type 2 diabetes mellitus and obesity. It has an intricate mechanism of action that helps regulate the hormones and responses, setting many patients up for success in controlling health conditions.

As mentioned, semaglutide falls under the category of incretin mimetics. As we eat, the body produces incretin hormones responsible for monitoring the function of the pancreas. The pancreas will then receive the signals from these hormones in one of its regions, called the islet of Langerhans, containing alpha and beta cells.

Semaglutide, as an analog of GLP-1 receptors, boosts the growth of the beta cells in your pancreas, promoting the production and release of insulin. It also inhibits glucagon production. As a result, it prevents glucose from building up in your blood. These medications also slow down digestion and make you feel full for a longer time, lowering your appetite.

The half-life of semaglutide medications is at 7 days per 0.5 to 1 mg. This means the treatment would take 4 to 5 weeks before it enters a steady state. Learning the half-life of your semaglutide drugs allows you to know how long it takes before the effect of the medicine persists in the body. This parameter is reliable in determining the appropriate dose for a patient.

What Makes Semaglutide Have a Long Half-Life

A medicine’s half-life also determines a patient's withdrawal and the management of adverse effects. Having a shorter half-life is attributed to more withdrawal problems, while a longer one results in fewer withdrawal effects.

Semaglutide is known to have a long half-life, with 168 hours or 7 days per 0.5 to 1 mg, because of albumin binding that lowers renal clearance. This slows down the time at which the drug becomes broken down by the body’s metabolism.

What You Need to Know About Semaglutide Medications

Semaglutide is one of the most reliable treatment options for managing type 2 diabetes as it prevents the body from having a high blood glucose level. It serves as a GLP-1 analog that stimulates the insulin secretion and inhibits the release of stored glucose. Because of this, semaglutide is also a solution for weight loss, decreasing your appetite and slowing down digestion.

Semaglutide has a chemical formula of C187H291N45O59 and an average molecular weight of 4113.641. It contains a peptidic structure containing 31 amino acids. The image below shows the structure of semaglutide:

Semaglutide has a 94% similarity to endogenous GLP-1, enough for preventing immunogenicity. Its difference from the GLP-1 hormone produced by the body lies in the substitutions of 2 amino acids at the 8th and 34th positions.

At the 8th position of the semaglutide chemical structure, Aib (2-aminoisobutyric acid) replaces the alanine residue to protect the drug from the dipeptidyl peptidase-4 or DPP-4’s enzymatic degradation. Arginine replaces lysine residue at the 34th position to contribute to the Glp-1 analog production through a semi-recombinant process.

The 26th position that contains lysine in the native GLP-1 is changed to its derivative form in developing the drug. Lysine is acylated for C18 fatty diacid attachment with a hydrophilic linker “γGlu-2xOEG,” helping prolong the drug’s systemic half-life — this promotes its binding to albumin, a blood protein, for longer presence in the system and lessens renal clearance.

A team of scientists at Novo Nordisk developed semaglutide in 2021, as they were formulating an alternative with longer-acting effects to liraglutide once-weekly medication for type 2 diabetes. It initially had a brand name, Ozempic, and started clinical trials on January 6, 2016, and was completed on May 19, 2017.

The researchers at Novo Nordisk and the University of Leeds reported in 2017 that semaglutide medications can also be used as a treatment option for obesity as it suppresses hunger and cravings and reduces body fat. It then earned FDA approval in October 2017 via a unanimous vote after being filed in December 2016. The drug then gained authorization in different countries in the following years.

The Committee for Medicinal Products for Human Use (CHMP) of the European Medicines Agency (EMA) has recommended a marketing authorization grant in November 2021 for Wegovy, a semaglutide formulation for treating obesity or overweight patients with existing chronic health conditions. This is after adopting a positive opinion on the drug applied by Novo Nordisk A/S. The European Union approved it for medical use in January 2022.

How Semaglutide Medications are Taken

Semaglutide is an incretin mimetic drug used for managing type 2 diabetes mellitus. It’s also one of the reliable treatment options for controlling body weight as it increases insulin production, suppressing appetite and cravings. It can be taken via a subcutaneous route or oral route.

Patients taking once-weekly subcutaneous semaglutide injections of 0.5 and 1 mg with Ozempic need to receive a dose titration, unlike with other once-weekly GLP-1 agonists. The treatment starts with 0.25 injections of the drug, raising it to 0.5 mg, followed by a 1 mg dose at a 4-week interval.

The Ozempic injectable pen comes in a dose of 1.34 mg/ml, with the red pen delivering an initial dose of 0.25 mg and maintenance of 0.5 mg. On the other hand, the blue pen provides a maximum maintenance dose of 1 mg of semaglutide.

This type 2 diabetes and weight management solution also comes in oral medication with Rybelsus, coming in doses of 3, 7, and 14 mg. Experts have co-formulated oral semaglutide medications with a fatty derivative to enhance the drug’s permeation. This formulation increases the drug’s solubility as it increases the pH levels of its nearby environment and crosses cell membranes via a passive transcellular route.

Oral medication of semaglutide is also formulated to avoid proteolytic degradation from the stomach’s acidic pH levels. Patients taking this medicine must ingest the tablet on an empty stomach 30 minutes before meals.

Semaglutide medications may also have interactions with other drugs, as it delays gastric emptying. Because of this, patients must first consult their medical professionals for a proper treatment plan. Some of the medicines tested via cross-trial for interactions but have been confirmed for non-interference with semaglutide are:

Aside from being a reliable diabetes medication, semaglutide is also used as a weight management treatment for overweight and obese patients, even those without diabetes. Many clinical trials have provided an evidentiary basis for this, making the drug FDA-approved for weight loss.

A double-bind trial in March 2021, by John P.H. Wilding, D.M. et al., examined 1961 non-diabetic obese adults or those with a body-mass index (BMI) of 30 or higher for 68 weeks. The researchers administered either a placebo or 2.4 mg of subcutaneous semaglutide injections randomly to the subjects, with lifestyle intervention at a ratio of 2:1 once a week.

The subject's body weight had a mean change of −14.9% in the semaglutide group, while the placebo had a change of -2.4%, giving an estimated difference of −12.4 percentage points. This means that more participants who received once-weekly subcutaneous semaglutide injections with lifestyle change had lost more weight than those in the placebo group.

A clinical trial was also done in March 2021, led by Domenica Rubino, MD et al., where 803 overweight or obese adults received once-weekly subcutaneous semaglutide injections with a dose of 2.4 mg for 20 weeks.

The study reported a mean weight reduction of 10.6%. They were then randomized for receiving placebo injections and continued treatment with the same weight management drug for an additional 48 weeks. This study has reported a mean change in weight at −7.9% for the semaglutide group and +6.9% for the placebo group.

What to Expect from Semaglutide Treatment for Weight Loss

Patients considering weight reduction solutions with semaglutide medications must consult their healthcare providers for a customized treatment option. Some information they must know involves the ideal candidates, treatment plan, and adverse reactions.

Semaglutide medications can help promote weight loss by suppressing your appetite and delaying gastric emptying. The ideal candidates for taking this treatment option for controlling body weight are patients who:

This weight management solution isn’t suitable for everyone, like patients with a history of a rare thyroid cancer type called medullary thyroid carcinoma (MTC). Those suffering from a condition called multiple endocrine neoplasia syndrome type 2 (MEN 2) are also not advisable for this option. If you’re pregnant or breastfeeding, you might also not be a suitable candidate.

Overweight or obese patients often have increased appetites and experience a lack of energy. Because of this, leading a healthier lifestyle with a balanced diet and physical activity for weight management is more challenging. Semaglutide medications can help promote weight reduction with their bioactive changes in the body, but it still requires lifestyle intervention.

Semaglutide medications for weight loss also come with adverse reactions as a result of your body’s response to the drug, but generally, these drugs are well-tolerated. Some side effects include mild to moderately severe effects that wear off after 2 weeks, like:

Patients may also expect other rare adverse reactions, like:

There are also occasional events of acute pancreatitis already requiring discontinuation of treatment. Patients may also experience common yet infrequent symptoms, like increased heart and pulse rate, cholecystitis, and cholelithiasis. You must consult your healthcare provider before taking these medications, so they can also assess your condition throughout the treatment and check your reaction to the drug.

Schedule a Consultation at Dr. V Aesthetics for Semaglutide Injections for Weight Loss

Semaglutide is a weight loss and diabetes medication that stimulates the receptors in your pancreas for enhancing insulin secretion and inhibiting glucagon release. This controls your blood glucose levels, suppresses your appetite, and slows down gastric emptying.

Dr. V Aesthetics is one of the reliable centers in Pensacola, Florida, that also offers a customized weight management treatment with semaglutide medications. You can expect to be under the care of board-certified professionals that provide a comprehensive approach to health and wellness. Get started on achieving your goal weight today with our healthy options. Schedule a consultation to learn more.

Find Confidence In Your Beauty

Dr. V Medical Aesthetics is ready to help you achieve your beauty goals. Contact us today to learn more about any of our services, and exactly what our team can do for you. 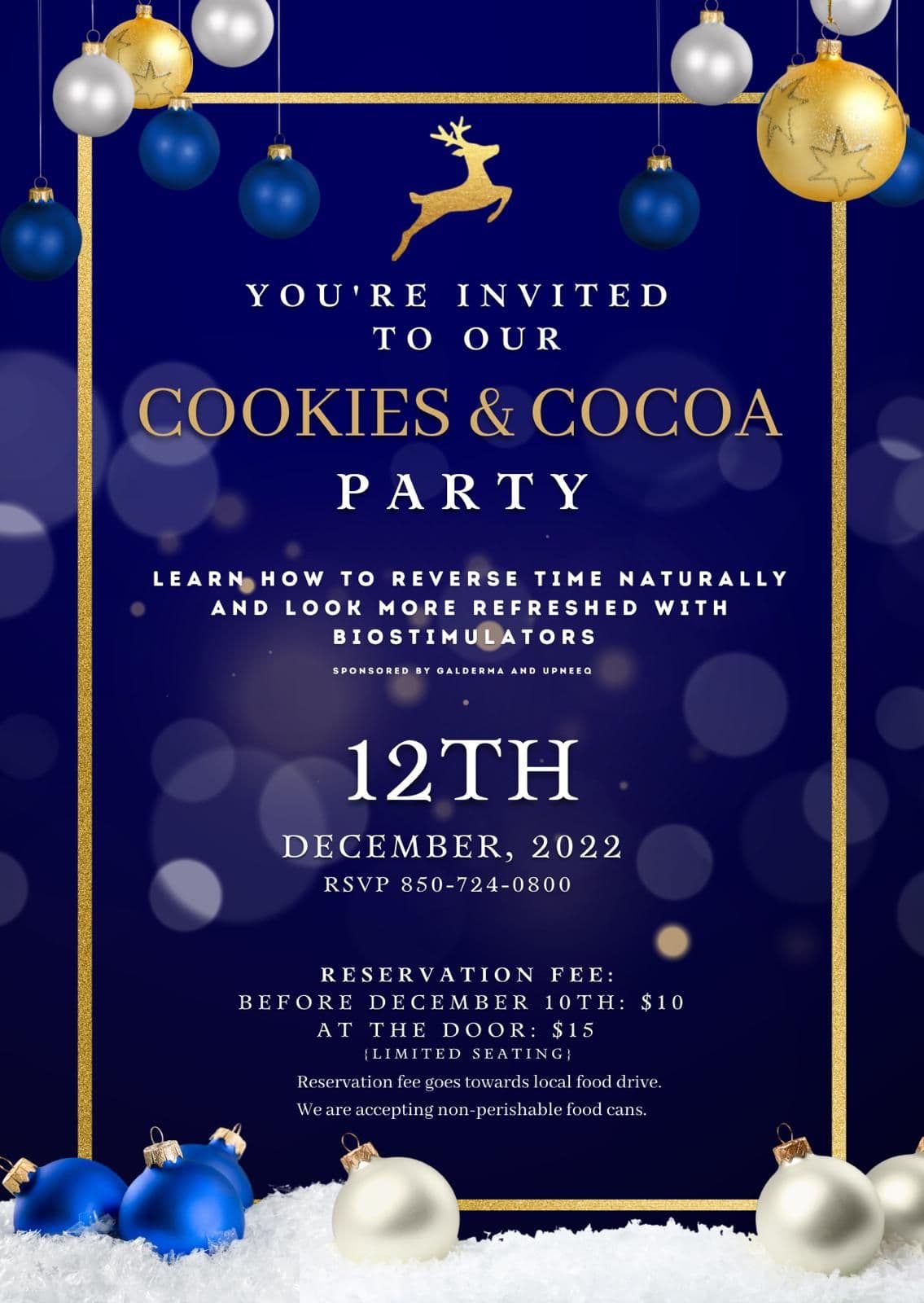